What is a trigger finger or trigger thumb?

The tendons on the palm side of the finger and thumbs run in tight tunnels on the bones.  A trigger happens when the edge of the tunnel in the palm catches on the tendon as the finger straightens.  This part of the tendon then swells causing pain and more catching.  Triggering is more common in people with diabetes but most cases occur in people without diabetes.

In the early stages there may only be some clicking as the finger straightens.  This can progress to locking, where the finger sticks in the palm.  It may be possible to overcome this or pull it out using the other hand.  This is often painful.  Severe trigger fingers can get completely stuck risking permanent stiffness.

There may a lump in the palm at the base of the finger where the tendon is swollen.

Steroid injection is an effective treatment and relieves pain and triggering in around 7 of 10 cases.  As it works by reducing swelling it can take a few days to several weeks to work.  If it is unsuccessful or wears off then a second injection can be tried although the chances of success are lower.

Surgery is also generally effective for trigger finger and can be useful if steroid injections don’t work.  It can be done under local anaesthetic.  A small cut is made over the swelling in the palm and the edge of the tunnel that catches is released.  An advantage of local anaesthetic is that you can then move your finger allowing the surgeon to check the trigger has definitely gone.  Recurrence is unlikely. 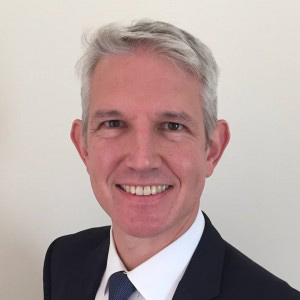 Mr Lowrie has worked as a Consultant Plastic and Hand Surgeon in Tayside and Fife since 2012.  He is a member of the British Society for Surgery of the Hand, a Fellow of the Royal College of Surgeons in Plastic Surgery and a fully accredited Consultant Plastic Surgeon on the General Medical Council’s Specialist Register in Plastic Surgery.  Mr Lowrie completed an Advanced Training Fellowship in Hand Surgery and was one of the first surgeons in Scotland to hold the UK Diploma in Hand Surgery.  He is the author of several scientific papers on Hand surgery and is now one of Scotland’s most experienced Hand surgeons.